Ralf Ringer is one the most famous and distinguished footwear brands in Russia, leading the market since 1996.

Thanks to consistent quality control, Ralf Ringer products made its way into the Guinness Book of Records after surviving a 100-hour dance marathon.

We started to discuss our cooperation first in 2015, talking about the maintenance of the existing online store. However, for certain technicalities, we had to refuse the project.

After a year, the company finally made a life-changing decision: they wanted a new online store. In autumn 2016, we started our joint work on this major project. 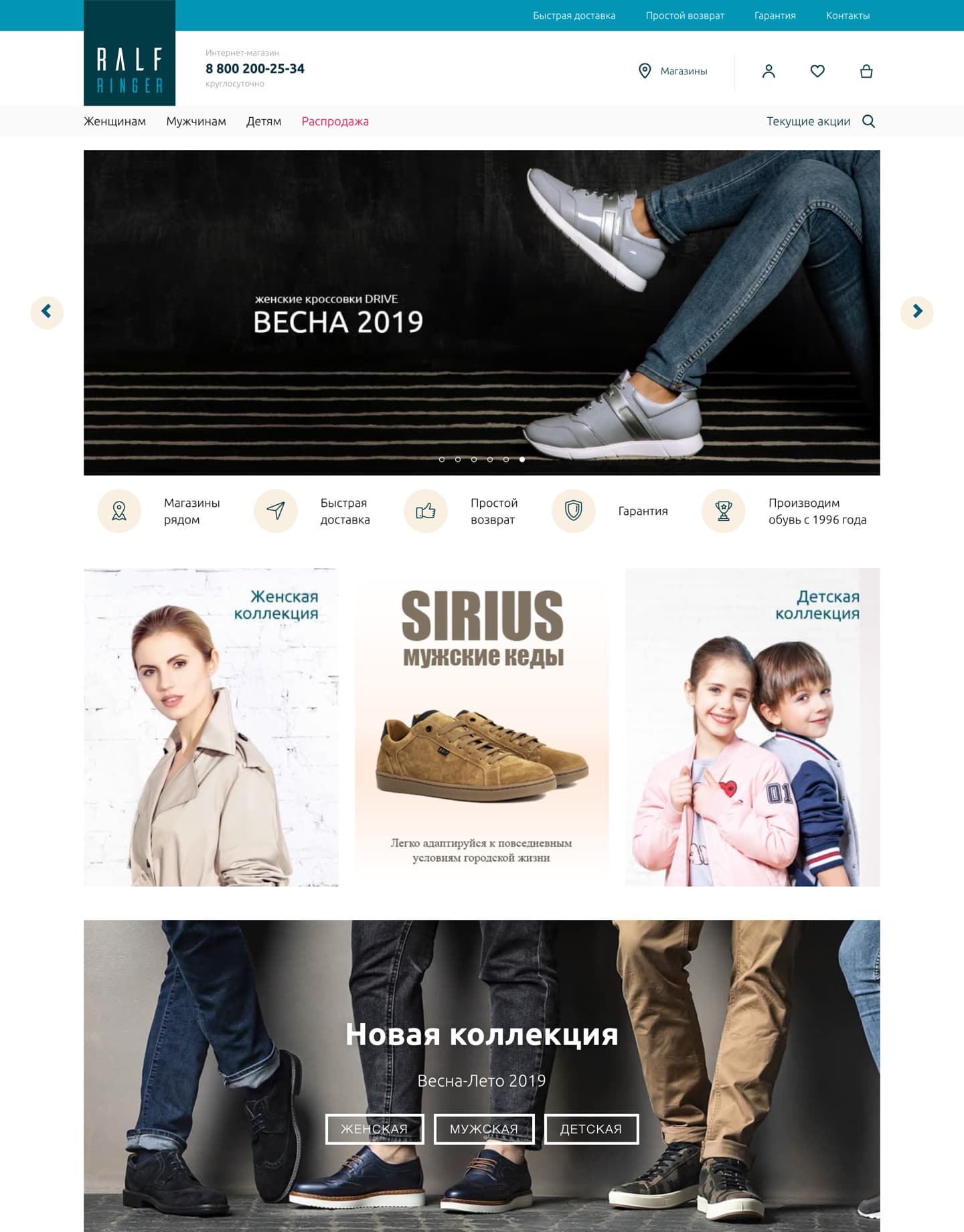 The client highlighted two main goals they would like to achieve: sophisticated user scenarios and high performance.

Thus, we paid special attention to these tasks during conceptual development: we spared neither time nor effort trying to go into every detail.

We developed interactive prototypes of all website pages: both desktop and mobile versions. Focus groups actively tested the prototypes for user-friendliness, consistency and predictability of scenarios.

Survey results were incorporated in the design and helped to select the most effective business solutions.

Instead of standard 1C upload, we had to configure catalogue import by individual files according to the client’s business processes. To deal with it, we developed a special exchange script.

Fulfilment service by eSolutions (Otto Group) took care of order management and processing, after we completed its integration.

In comparison to the previous version, the new online store closely followed the requirements and standards of 1C-Bitrix, which simplified future administration and maintenance.

The final step was to move the customer and order data from the old site to the new one, which took only half a day.

Upon login at the new site, users could see their entire order history from the old site.

Despite a considerable amount of time spent on design, the project’s technical complexity and large scale, we managed to launch the website on time — by the Cyber Monday in February 2017.

Ralf Ringer chose to further develop the online store on their own.

The development process was very difficult, but we managed to succeed and made profit."